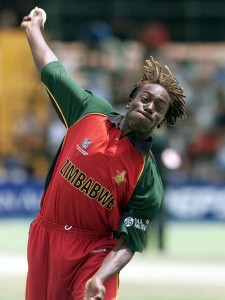 I had the pleasure of hearing former Zimbabwean Test cricketer Henry Olonga speak last week. He is a true inspiration!

Here is some of his story written by ABC. Henry made his debut at the famed Sydney Cricket Ground recently, but not in the way you might have imagined.

His first appearance at the SCG was not as a fast bowler, but as an opera singer performing Nessun Dorma at a charity dinner.

Olonga was the first black cricketer to play for Zimbabwe and is now an accomplished singer, but he is perhaps best known for the courageous political stance he took 13 years ago.

When Zimbabwe played its first game of the 2003 Cricket World Cup, Olonga and his team mate Andy Flower wore black armbands to mourn the death of democracy under Robert Mugabe.

While Flower was about to retire from international cricket, Olonga was just 26 and in the prime of his career. The fast bowler paid the price for his principles. Soon after he was forced off the national team and had to go into exile after receiving death threats. He has never returned to Zimbabwe.

Last month, Olonga and his Australian wife Tara moved to Adelaide with their two children, giving Olonga the chance to perform at the SCG for the first time.

Singing is not a new passion for him.

“I started as a soloist at the age of 13 when I was cast as a girl for a play called Oklahoma,” he says laughing.

“I need to explain this; I went to a boys only school and they’ve got to find the girl somewhere. So I started off as a girl in Oklahoma.

“The next year I was in The Gondoliers. I was given the principal part as Marco.

“It was also the same year I watched the Three Tenors perform in the World Cup in Italy. I just fell in love with the idea of singing like them.”

Olonga played 30 Tests and 50 one-dayers for Zimbabwe, but he is best remembered for his protest at the World Cup.

He and Andy Flower not only wore black armbands during the match, they also released a 450-word statement slamming the Mugabe regime, exposing the torture, false imprisonment and starvation that had occurred under his leadership.

“I got to the point where I felt like I needed to speak out against some of the things that had happened,” Olonga recalled.

“There’s a long list, there’s human rights abuses, rigged elections, there’s opposition members being put in prison or beaten up, and myself and Andy Flower effectively wanted to protest against a lot of those things.”

Their protest took place at the Harare Sports Club, just a few hundred metres from the president’s house.

As the first black cricketer to play for Zimababwe, some considered Olonga’s actions a betrayal of the president who was a hero of the anti-colonial struggle.

“It was effectively the end of my career. Then the death threats came and that meant I had to consider leaving the country which I did after our final match in South Africa,” he said.

The death threats had been passed on from credible sources within intelligence and political circles.

Olonga went into hiding in South Africa before moving to England.

Thirteen years on, he has never returned to Zimbabwe

Now that he is living in Australia, Olonga says he doubts he will be reviving his cricket career.

“I’ve heard the wickets are bouncy in Australia and I’m not interested in facing some 15-year-old who hears I’m an ex-Test cricketer and wants to prove a point,” he said laughing.

Indian cricket commentator Harsha Bhogle said Olonga stood up for what was important despite the consequences.

“It’s almost like a batsman who knows when to play a shot and to leave a ball. I know a lot of people would have left that ball alone to be able to continue playing cricket for Zimbabwe,” he said.

“It takes a very different kind of person to play the shot that he did.”

Cricket historian Mike Coward says Olonga should be proud of what he did.

“There are very few sportsmen and sportswomen who are remembered for something above and beyond their achievement out in the middle as it were and he will always be remembered for that,” he said.

“He had the courage as a young man in a very difficult environment to stand up.” 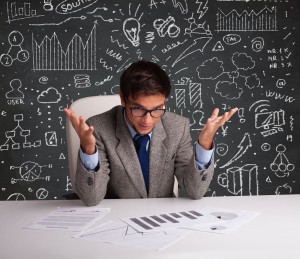 Stephen runs a construction business specialising in large basements and car parks. The business has been established for 25 years and has grown steadily, with revenue now into eight figures. Unfortunately, profit margins are very slim and last year, Stephen’s business barely broke even and he was unable to draw his usual dividend at the year end.

His accountant proposed a half day session focused on the key numbers in the business. Together, they put together a plan to increase revenue by 50% over the next three years without increasing the cost base significantly. The starting point for that plan was to uncover inefficiencies in the business’s processes to shave significant time off the average build, enabling Stephen and his team to do more with less. As the plan was implemented, profitability increased along with revenue.

Stephen’s accountant also got him focused on his receivables. It transpired that on average, it was taking customers 90 days to pay despite agreed terms of 45 days. By crunching the numbers, it became apparent that even a reduction to 60 days with no increase in revenue would improve the cash position significantly, allowing Stephen to take his long-suffering wife on that world cruise he had promised her for the past 10 years.
All in all, a great outcome from a simple planning meeting. If you are frustrated with your revenue, profitability or cash flow, contact us today and we’ll be in touch to discuss how we can help.

Do you have a business….or does the business have you? 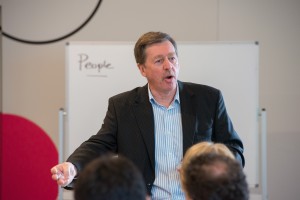 Almost everyone that I have ever met in business started out with enthusiasm, hope and the expectation that they would be able to end up with a great business…and the achievement of their most important goals. Maybe they started out with an idea for a product or service, or learnt from what they could see from an employee or clients point of view….and vowed they could do it better.

However they started, is not nearly as important as it is to ask the question …..how are they coping now? …and are they achieving their goals with balance?

The working and business landscape has changed dramatically in recent times, and it probably will continue to do so. So with this in mind, let’s just take a little time out and refocus on the reasons ‘why’ we have a business and how it is going.

A business can make a great ‘servant’ but a horrible ‘master.’ If you are not careful, it can take all of your attention, drive, and energy and leave you tired and listless for many of the other important areas of your life, like your family, your health and your peace.

So let’s not provide you with ‘glib’ ‘quick fixes’….because really they don’t exist.

Here are a few things for you to consider.

Are you on track to your most important personal goals?

Do you have a clear ‘vision’ on what your personal life should look like, and it your business structured so that you can enjoy that vision?

Have you looked at some of the key variables in your business. Areas that can provide dramatic improvements include:

Your products’ uniqueness….if it is not unique..seek to make it unique….or you will have to compete on the only differential left….. price.

Your people…how are they serving, and interacting with your clients….are they doing this well?

Your processes...are they user friendly …do they impress or are they cumbersome, long-windedly and boring…seek to re-energise your clients through reconnecting with them!

Your promoting of your business and its products and services. Is the quality and quantity of business where it should be?

Your own passion for what you do….do you need to re-kindle that and get a fresh new look at what you do…….and why you are doing it. 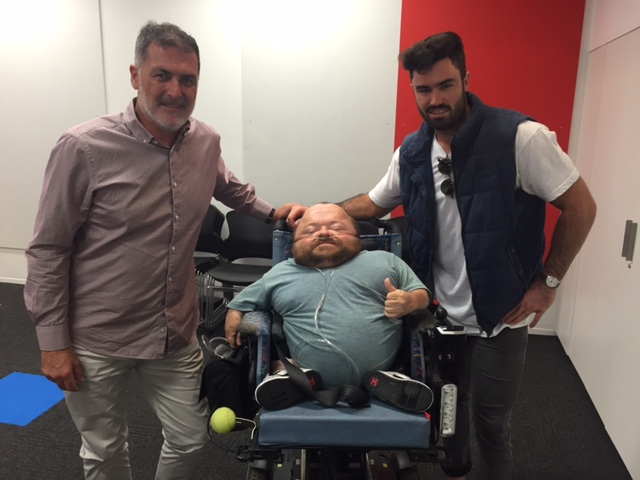 Those are the very words from the man himself and wow what a man.

Looking for some inspiration we recently attended a breakfast to hear Quentin speak about his life, his experiences – both the highs and the lows – and how he has achieved some amazing goals.

Quentin’s key points were clear – have some common sense, manage your time well and never give up on your dreams. He knows through shear hard work, perseverance, persistence and desire you will reach your goals; no matter how impossible they first appear.

He is living proof that through perseverance and persistence you will achieve your goals. Time management is right up there, because let’s face it wasting time just wishing and talking about goals isn’t going to get you there.

Born with osteogenesis or commonly known as brittle bone disease the future certainly didn’t look bright for Quentin, but look at how he shines now. He is a short film producer, director, scriptwriter and actor. He has written his own biography, debated a Prime Minister advocating against disability funding cuts when he was only 11 and his list of amazing achievements just gets longer.

Not only has he had to overcome his physical challenges, he has successfully recovered from prescription drug addiction as well as the pathetic, jealous social media haters. This man can move mountains.

With momentum building from smaller achievements his first big shoot for the stars goals ultimately occurred – visited a Star Wars set, academy awards night attendance and even a dinner with a Hollywood movie starlet by the age of 30

And some more Word from the Wise

Who inspires Quentin then? Well, Jewell certainly did backstage after her concert by saying she used to live in a car and told him just to do what you want. Looks like he did just that. The ones that inspire him the most are the ones who have struggled the most, just like he has.

What’s in the future for Quentin? His new goals include working to get a disability playground in the city and getting to play up in New York or Vegas baby!

He realized early on he had potential in life and the only one who was going to get him to where he wanted to go was himself.

He said he didn’t want to sit around waiting for an early demise. That’s deep but we have all been there at some stage wondering what the hell are we doing.

We’re all really just working hard to create our own version of our ideal lifestyle. That could be having enough money to take one day off a week to spend with the kids, or training for a marathon or learning how to cook Vietnamese from Luke Nguyen.

How do you get there? Take that first step today.