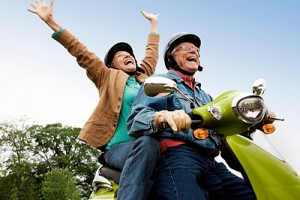 You’ve already probably heard this before that making additional superannuation contributions reduces your tax but what and how does it work?

Remember that saying – “hindsight is a wonderful thing” but just for once that hindsight is bought to you as a powerful and money saving (hence money making) insight.

If used wisely making the most of your superannuation contributions will be your best investment for tax purposes. Take the time and advice now because you seriously don’t want to be kicking yourself in the future.

Why are you putting it off?

Here are just a few examples of how your super becomes even better:

Now for the number crunching to further convince you tax planning strategy works and will increase your wealth.

Scenario 1 without any tax planning looks pretty painful because if you are paying tax at an individual rate you’re up for a rate of up to 47%. So that equates to $67,547 in tax owed and paid for by you. Unlike a plaster; the quicker you rip it off doesn’t make it hurt any less.

Now take a look at scenario 2, with smart tax planning, when you contribute $22,000 of that to Super before 30th June.

Your taxable amount immediately decreases to $178,000. That means in an instant your tax obligations reduce by $7,040.00. That’s not to be sniffed at and that’s what happens with smart tax planning that takes it out of your own name and places it nice and safely back into your Superannuation.

How can you do this we hear you eagerly cry?

Have You Heard How You Will Be Impacted? 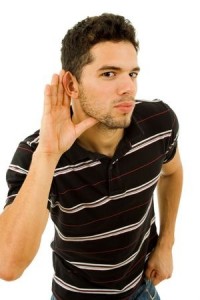 Under proposed changes, the small business entity turnover threshold will increase from $2 million to $10 million from 1 July, 2016, seeing SMEs with an annual turnover of up to $10 million qualify for small business income tax concessions including a lower corporate tax rate of 27.5 per cent and generous equipment write-offs.

Over the next 10 years, the company tax rate will gradually fall to 25 per cent.

The Budget also revealed further investment in innovation and start-ups, initiatives to help young people into jobs and measures to combat tax avoidance.

Middle income earners were among the winners, benefiting from a modest tax cut, however, many of the super tax concessions for higher income earners will be scaled back.

In line with pre-Budget speculation the government also made changes to Transition-to-Retirement (TTR) income streams by removing the current tax exemption on earnings from 1 July 2017.

Workers who have attained age 60 will still be able to draw a tax free retirement income stream while continuing to work and contribute to super.

Unused concessional amounts accrued from 1 July 2017 can be carried forward on a rolling basis for a period of 5 consecutive years.

The measures aim to give workers with relatively low account balances, as a result of broken work patterns, the ability to top up their super.

Women, who commonly take time out from paid work to care for children and are more likely to return to lower-paid, casual or part-time work, will be a key beneficiary of the catch-up scheme given they typically retire with significantly less super than men.

The Low Income Spouse Tax Offset provides up to $540 per annum for the contributing spouse, and is designed to boost the super balances of low income spouses, particularly women.

The LISTO will reduce the tax on super contributions paid by workers who earn less than $37,000 a year by providing a tax offset to super funds from 1 July, 2017, based on the tax paid on concessional contributions up to the value of $500.

The vast majority of changes must be legislated and passed through Parliament before they apply. The government’s top priority is to see the proposed company tax cuts and personal income tax cuts start on 1 July, 2016, which will put pressure on Parliament to pass legislation quickly. If you think you may be negatively affected by some of the Budget’s proposed changes, you should consider seeking professional advice.

We can give you a clear understanding of where you stand and how you can manage your cashflow, super and investments in light of proposed changes. We can also ensure you’re not missing out any new benefits you may be entitled to. 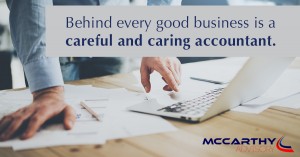 Tax planning is designed to review the best tax strategies for you and whether you’re structured in the most effective way. Hold on to more of your money and develop your tax plan now.

Tax can be complicated and you want to make sure your obligations are covered. With you business tax planning service, you can be confident that your tax position is maximised!

Whether it’s deferring income to manage a tax burden or bringing forward deduction to the current year to prepay services where applicable, the right tax strategies will ensure you’re using your funds in the most tax effective way for your circumstances.

4 Steps To The Perfect Tax Plan

When it comes to your business tax planning we start by making sure you have the right foundation first. We review your business structure and make sure it’s the most appropriate one for you.

From there, we’ll work with you to deal with a range of taxes as well as any tax reforms and measures that might be relevant. We’ll help you implement the right strategies to maximise your tax effectiveness and make sure your money is working hard for you.

Tax planning is important to make sure you get the most out of your business performance! Take a moment to ask yourself the following questions.

Speak to McCarthy Advisory about your business tax plan today!