Choosing a new accountant, or virtual CFO, is not something you do lightly — so how do you know I’m right for you? Below, you’ll find testimonials from some of my clients. I trust their feedback will give you a bit of an insight about how I work and what a difference I can make to people’s business and personal life. And if you’d like to know more, feel free to give me a call and let’s have a chat over coffee. 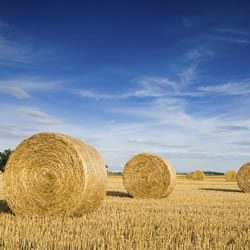 Paul guided us to where we are today

We’ve been with him forever. Our concreting and contract hay baling business started quite small and now we’ve grown with employees, sub-contractors and more equipment. I guess Paul has given us a bit of confidence and guided us to where we are today — guidance with lots of little things that are big things to us. He shows us on paper what’s a good idea and nudges us out of our comfort zone.

We were looking at buying a truck and an excavator. We’re in a small country town and we wanted to stay local but after Paul spoke to our bank manager, he told us he wasn’t happy. He went and spoke to another bank, Then came back to us and said “I can get you this better deal, if you want it.” He saved us 2% which over 5 years adds up to quite a lot.

He always takes the time and that extra step

He has a huge knowledge of a lot of things, he’s very ‘up’ with everything, I feel. He always takes the time to answer all our questions and if he doesn’t know something, he will go and find out. And he tends to take that one extra step for us.

Paul wanted to get us onto this new bookkeeping system called Xero. Well, I was quite comfortable with MYOB so when Paul told me this, I thought “Oh God! I have to learn another thing!” but he’s very convincing. He came out and set it all up for us and trained me. Everything I know I learnt from him. Now, I just ring him if I don’t know how to do something and he helps me through it. I love Xero! It’s very easy and it’s quick.

He’s got us through a fair bit actually

Paul gives us the confidence that we can get there and that there’s light at the end of the tunnel. We’ve got four kids, we had a wedding last year, we’re still putting our youngest two through college, and there’s another wedding next year. Well, Paul keeps telling us ‘Don’t forget your super.’ He tells us we need to look after ourselves too.” 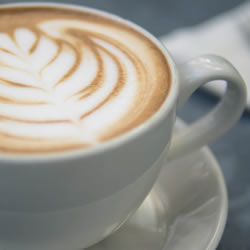 Our turnover went through the roof

Sabai Café was always a profitable business but we were just so far behind with the money side of things. It was very stressful. We got ourselves into a bit of a hole and Paul got us out of that. It was such a big relief!

At that time, as well as the café business, I was also working in my other business as a carpenter. So we had two businesses, and we were managing our own books and our accountant was just way behind. Paul was a customer of ours from the start. A local, a familiar face, a very friendly sort of guy. I knew Paul was an accountant and so I asked him ‘can you help us out a bit?’

Paul came up with a few systems for us to work it ourselves. It probably took about 18 months to 2 years to get us back on track and up to date with our bookkeeping and BAS and paying our tax on time. The defining moment was when Paul got us onto this Xero software. These days, we’ve got more bills and more paperwork than ever before but I’ve never been so on top of it!

Paul is really good at getting you to concentrate on the most important thing to do at the time. Our main aim was just to be here for the locals. The café was getting busier and busier and so I stopped my carpentry.

Not long after Paul started with us, he was pushing us to get our licence. He could see there was more of an interest in the night-time trade. There were no cafés around this area that were licensed at that time, and Paul could see the potential. So, we got our licence and that’s when the business really took off. The turnover went through the roof. Now,that’s what we’re known for. We’ve been fully booked in the evening 90% of the time.

Then Paul encouraged us to take the next step — renovating the café to make it more inviting. Now, renovating was a really big investment for us at the time and there was a lot of discussion between me and Yai… we had to really think about it. All the time, Paul was encouraging us to go ahead and renovate and finally we did. We got in an interior designer, we painted, got new counters and polished the floorboards.

Our turnover increased by 25% instantly! Paul had encouraged us early on to trademark and protect the name. Now he’s encouraging us to take a step back and focus on the management side and try to leave the hard work to our staff. We’re still working on that one…” 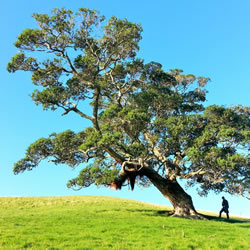 I’ve been with Paul for over 20 years

He’s handled our personal finances and a lot of business interests. When his boss retired, I just moved on with Paul when he left the practice.

He advises our whole family

My two sons use him as an accountant.Paul has been instrumental in organising the structure of their financial affairs. He’s also the executor of our aunt’s estate. That’s probably not something he’d thank me for because it’s been quite complicated with all of her various business structures, investments and legal aspects.

He treats us as a family unit, not just as people who make money. For example, one of my sons was buying a home and the bank was being difficult and Paul suggested a solution that involved Ian and myself.

Paul’s different from other accountants

My friends have had their accountants for a long time too, but when I talk to them, they say that their accountants only work on the information that they give them. Paul’s different. He’s been prepared to make suggestions and offer recommendations. What I’ve always liked is he’d throw an idea in. He wouldn’t necessarily know the answer, but then he goes and asks the people who do.

Made our super fund work harder

He explained howour super fundcould buy our consulting rooms andthenhelped organise that. It’s allowed us to have more investment diversityand has proven to be very cost effective.

We were able to move funds into the super fund, that didn’t attractcontributions tax, and improve our after-tax earnings.(This was many years ago before it became popular or a mainstream strategy for affording or dealing with business premises.)

Paul’s directed me to various experts over the years

The classic was when he prompted us tomove the consulting rooms into the super fund. He recommended we speak to a particular lawyer who specialised in this area. I liked the idea of a lawyer who had worked in the tax department advising us — I didn’t want to be hassled by doing the wrong thing inadvertently.

I trust him totally

The one thing I haven’t emphasised before — I guess because it’s so obvious — is that I trust him totally. He’s a very moral person. Very honest. Very strong principles. A very strong sense of right.

He knows us as people

He sees us as a unit and understands our philosophy. Paul understands how we operate as a family, and our attitudes to life and finances. I don’t talk about our finances with anybody, I’m very private. My friends also don’t discuss finances so you don’t have those triggers to find out about different things that you can do. It’s been very valuable to have someone like Paul around to discuss things with. Basically, he’s a very dear friend. It’s way beyond him being our accountant.” 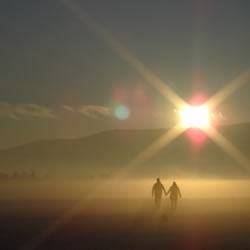 Paul makes you think about the broader picture

I found him highly professional, so when he went out on his own I wanted to maintain that relationship and asked him to keep looking after our affairs.

Over the years, Paul has assisted us not only with our tax but with the valuation of businesses and properties. Back in 1999, he assisted with the sale of my two wholesale businesses — Refrigeration,Heating &Cooling and Daikin Air Conditioning.

When I retired he looked after my estate planning and part of my investment portfolio. He’s also organised our family trust, our wills and he’s co-executor of my will.

Paul makes you think about the broader picture. In fact, I was just talking to him the other day and he prompted me on something — insurance on estate planning for my son. Something I never thought of, that I need to look into.

I get on well with him. He’s very professional and I’m very pleased.” 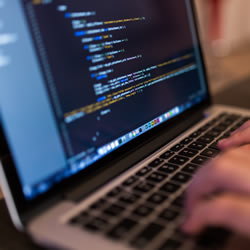 Paul’s strength is his clear thinking

He’s got an ability to get rid of the extras and focus on what’s important and not worry about what you can’t control.

If there’s a hundred issues, just focus on the three or four that you need to. He’s good at working out what people want, and how to get the best results.

He’s done well because he’s very honest. There’s not a lot of smokescreen —
what you see is what you get.” 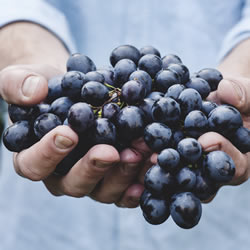 He can read ahead so you can plan ahead

Whether it was the vineyard or the real estate business, he’s very keen. Keeps up to date with the legislation. He can look ahead. He can warn you. For example with retirement, how to achieve the most and save the most for our family from the legal eagles. That’s what’s good with Paul. He can read ahead so you can plan ahead. Which is very comforting.

It’s been Paul, Paul, Paul for at least 20 years and I’d say in my style of work and life, he suits me perfectly. He listens and I think he’s got the experience and understanding of different individuals and what they’re like and what they want. And he does a lot of homework.He’s always learning and going to courses. His experience now is worth a helluva lot to any client.

He’s been A1 as far as I’m concerned. I’m a lot older than Paul and I take advice when I want it. The real advantage is that you can have a personal approach to Paul — when he turns the clock off, he’s talking to you as a friend.

He’s jumped on planes and come and seen me at his own expense, when he could have asked me to come and see him. He’s trying to do the right thing, getting out there to his clients. I think a helluva lot of that.”